Post by ivangardiner » Subscribing Member » Mon Apr 29, 2019 4:35 am
Joined: Sat Apr 13, 2019 9:41 am
Posts: 11
I see in the Haynes manual that there is a dual microswitch at the base of the selector lever, but when I look at my selector system there is only the one switch i.e. the starting inhibitor switch. My van has reverse lights but they have to be switched on manually and they work only if the park lights are on. Not very convenient or even safe. I want to fit a reversing camera so need the automatic reverse switch. Does anyone know an easy way to sort this out, perhaps parts from some other Vauxhall vehicle? I see a complete shift lever for sale locally but it looks quite different - maybe from a CF2. Not sure if it will be interchangeable. Any advice appreciated.
Top 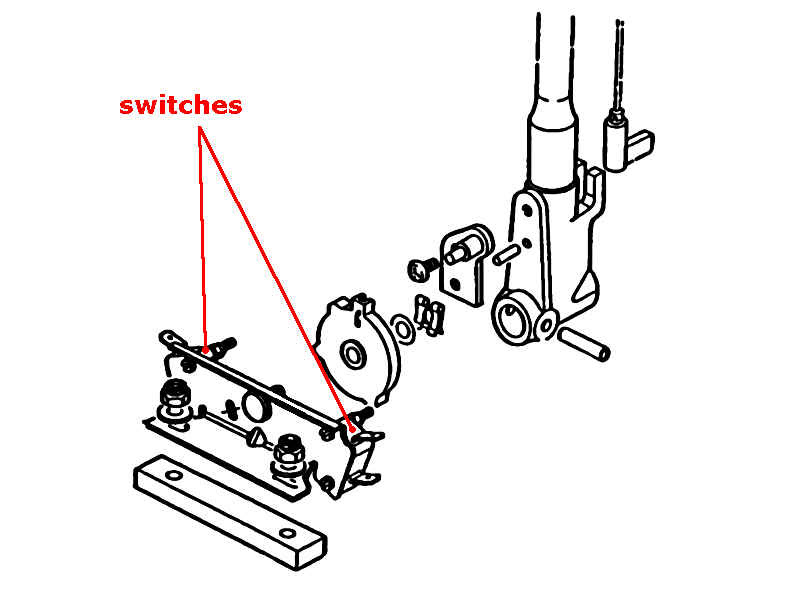 The plate that carries the starter inhibit switch should have holes for a reverse lamps switch.

Reverse lamps switch is identical to the starter inhibit switch.

Generic button type micro-switch with rating of 5 Amp at 12V usually will do the job.

For a 1971 CF the feed for reverse lamps should be from the ignition supply fuse (green wires at bullet connector) rather than the lighting fuse (red wires).
.
Top 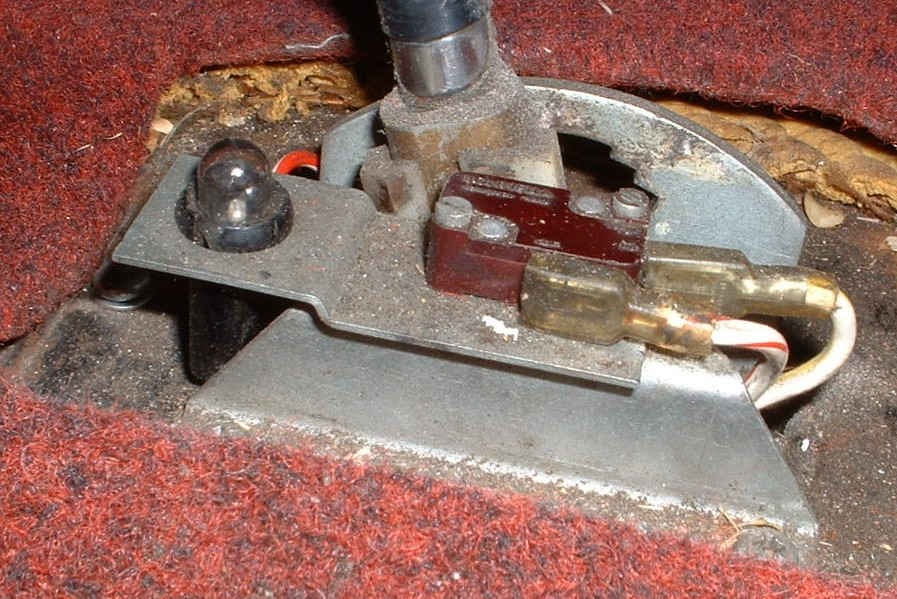 Hope the picture got through!
The Haynes manual (page 123) shows a similar arrangement but with two switches, one on top of the other. Easy enough to do that, but the cam thing attached to the lever must be different to operate the second switch. What I'm looking for is that cam thing with the extra cam pip.
I'll keep looking here (in NZ).
Top 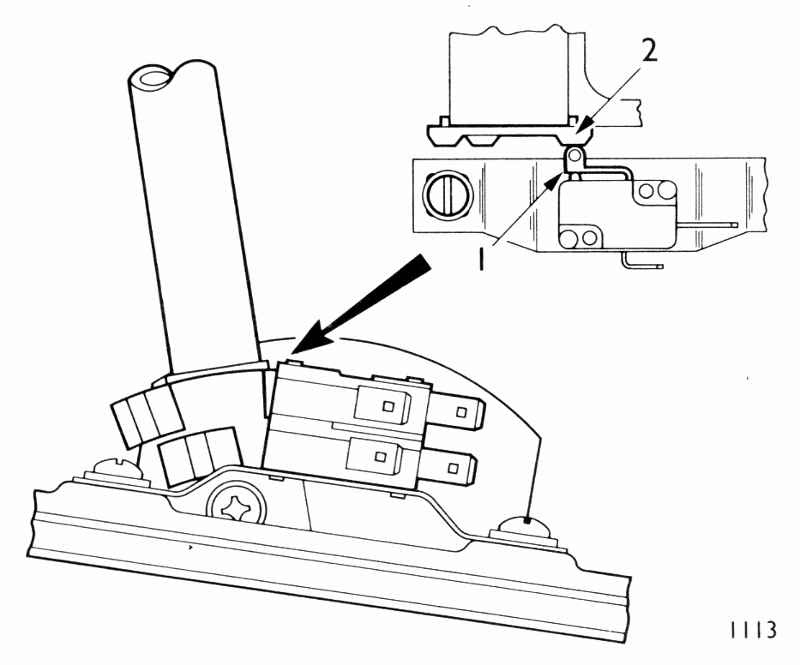 'Remove selector lever console from floor to gain access to switch. With selector lever in 'P' (park) adjust position of switch so that upper roller (1) is depressed by crest of rear cam (2). This closes the starter circuit contacts in the switch.
Check that starter will not operate when 'D', 'I', 'L' or 'R' is selected.
On some vehicles a combined starter inhibitor and reverse lamps switch is used.'

The illustration isn't for the CF: HBoL - Haynes Book of Lies...

According to the GM Parts Catalogue there's only the one switch cam and bracket for earlier models (to Chassis No. GY601426) and apparently they're for both inhibit and reverse requiring two switches. The illustration shows only the one switch though and wiring harness to suit that and the console lamp (two wires short for reverse). 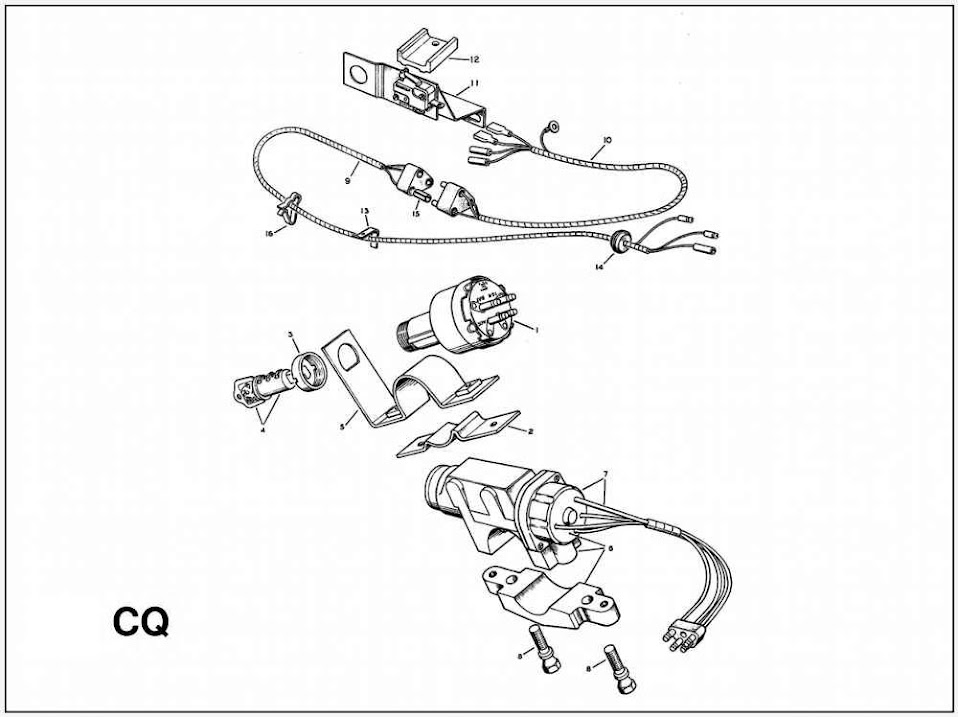 Hmm. Vauxhall documentation can be a bit misleading too - ever so many corrections of errors and omissions over the years. (Haynes missed a number. Lots come to think of it.)

I can't remember whether the CF switch cam is any different to the cam for car models (FD series Victor); it should come off though so a DiY conversion could be practicable if a later shift assembly can't be found.
.
Top

Post by ivangardiner » Subscribing Member » Thu May 02, 2019 4:31 am
Joined: Sat Apr 13, 2019 9:41 am
Posts: 11
Thanks for the further info. I have now bought locally a complete shifter unit matching the first diagram you posted, for the princely sum of $NZ70 (about 35 pounds) plus freight. So that should solve the problem. It does seem that the older arrangement was much more simple and direct, but on the other hand I find that it is possible to start the engine in gear if the lever is not quite in the right place, and this despite several attempts by others to adjust this out. So I'm hoping that the "latest, up-to-date" technology will fix this

Post by ivangardiner » Subscribing Member » Wed Jun 12, 2019 4:05 am
Joined: Sat Apr 13, 2019 9:41 am
Posts: 11
Well, what I need now is a pair of nice new microswitches. Have looked on line and visited a local electronics store, plus a couple of other places, and they have similar switches but not with the little roller on the end of the arm. Looking on line , the closest I could find was the switch for Jaguar XJ6 etc. Any ideas on what other vehicle may use the same switch?
Top 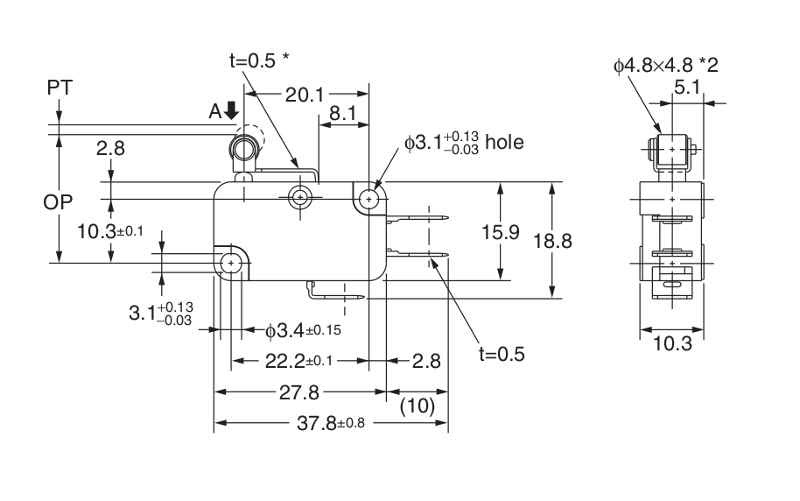