Furthering interest in the preservation, history and active use of the Bedford CF
https://forum.bedfordcf.org/

by tajmall
After lots of help from Phil have discovered that the engine on my MH is a replacement and unfortunately whoever has done the replacement has made a right mess of the wiring !! For starters - the oil pressure switch is not connected at engine end - haven't found out yet if anything at dashboard end. Can anyone advise on what I need to do to sort this? Or can recommend anyone in the NE of England who is experienced in Bedford CF's because I think I am gonna need professional help !!! It's now GM diesel 2.3 engine. 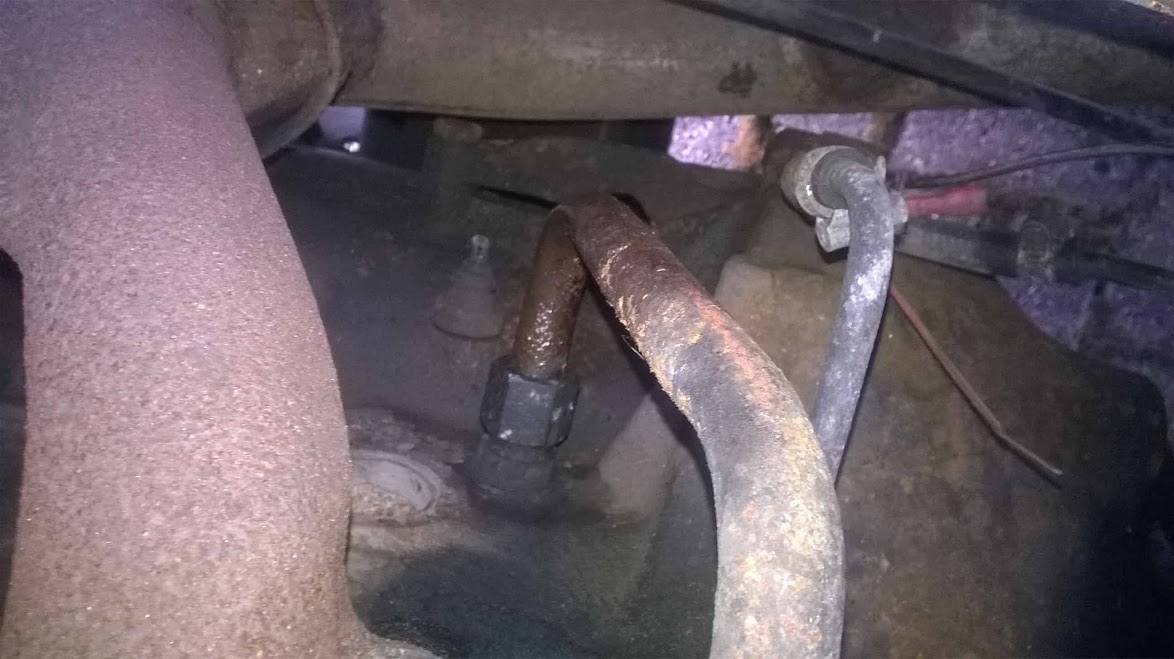 Also if you look to the right of the pipe outlet there is another connector with a loose wire nearby and I've got no idea what it is for. I have no knowledge of anything to do with wiring and although my brother is helping on the mechanical side of things he doesn't know about the electrical. Must admit I am beginning to think I have bitten off more than I can chew but I'm stubborn and really would like to get this baby going again

Thanks in advance for any advice.

by Phil Bradshaw
Look for a round body 10-pin connector plug and socket in the wiring harness under the bonnet, above the engine. Connector may have a rubber sleeve over the plug and socket junction.

This is the connector for the engine wiring on CF2 models; the harness to the left side of the engine (right side when viewed from under the bonnet) should contain a white+brown wire for the oil pressure switch.

Remove cab engine cover for access to the engine.

If the white+brown wire isn't visible where the wires to the alternator (brown+yellow), starter solenoid (white+red) and fuel shut off solenoid (white) emerge from the end of the harness to the left side of the engine then peel back the harness tape until you find it.

Check wiring continuity by grounding the white+brown wire with the ignition switched on: oil warning lamp should light.

Switch off ignition before extending wire to the oil pressure warning switch. Disconnect battery negative terminal before working close to the starter motor and, or, alternator cables. (Same applies if you find that the dash has to come out to fix the warning lamp (e.g. blown bulb) or the 10-pin connector has to be separated.)

Other wire in photo: no idea what this could be for apart from from a guess at converter clutch solenoid if the original automatic transmission still is fitted (which would explain the smaller diameter pipe below the coolant pipe). Try following the wire to see where it ends ...

by tajmall
Thanks Phil yet again

I've finally managed to find an auto sparky near me - who knows about Bedfords - through some scooter friends - he's gonna come and have a look once the pipe is fitted. I'll keep you updated.

by tajmall
Hi Phil - the sparky I found didn't get back to me but finally found another - this is actually the 4th !! The wiring is such a mess he is going to start again - as you know it was originally a petrol automatic converted to diesel. I know there are wiring diagrams on here but which would I need - it's a 2.3 GM diesel ?

by Phil Bradshaw
On the CF2 (21-way fuse box) only the engine harness is different for petrol and diesel models; dash wiring has provision for both diesel and petrol (e.g. glow plug warning lamp, not used for petrol models) and accessories such as fog lamps and headlamp wash/wipe. Panel van is an exception when heated rear window factory option is included and extra wiring is provided for the combined heater fan/rear demist switch.

As yet there aren't any colour wiring diagrams for CF2 models: on the ever-increasing ToDo list ...
Best that is available at present is copy from the GM Service Training Manual and the originals aren't very good prints.

(Send a request for copy by PM or email to Librarian.)

CF wiring colours are to BS AU7 with a few minor difference (e.g. white+pink in petrol electronic ignition sub-harness, electronic ignition module to coil negative instead of ignition switch to radio fuse) so a competent auto electrician should be able to figure out the engine wiring for starter, alternator, oil pressure switch and temperature sender at least.

Connector plug and socket for the engine harness can be deleted: it's a production line time saver that causes more problems in service than dodgy 12-way fuse boxes on earlier models including killing all when dash supply cable terminals disintegrate. 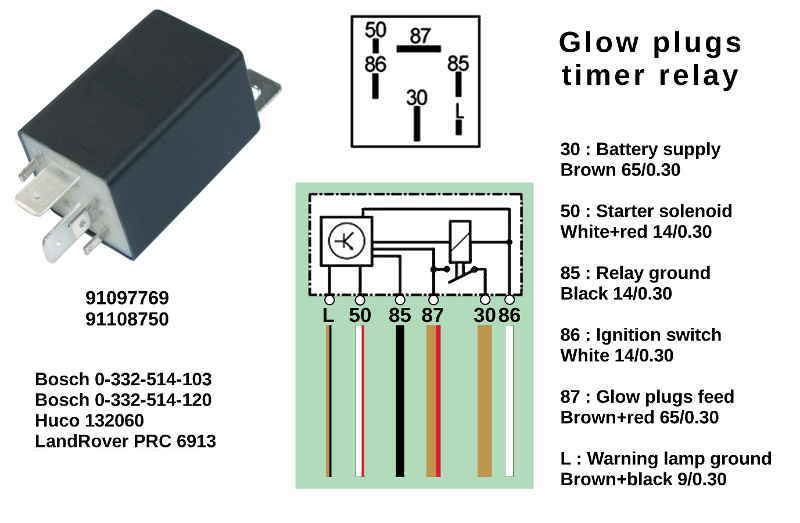 When purchasing a glow plugs relay check that it's rated at 70 Amp or better; some listed for CFs aren't up to the job and the braid wire on the relay armature can melt.

by tajmall
Thanks Phil but yet again he didn't turn up to do the work !! At least this one did have a legitimate excuse - seriously thinking gonna have to sell because can't find anyone around here to do the work. Is mine a CF2 ?? I thought is was a CF facelift as the CF2 didn't come out until '84 qnd mine is '83.... also the front brakes are drums.

by Phil Bradshaw
For wiring the production year isn't too good a guide because the transition from Facelift to CF2 harnesses was gradual (similarly from CF1 to Facelift from about 1980 when the Facelift dash was introduced).

For engine wiring the main difference is where it connects to the dash harness. On Facelift models this is via a bulkhead connector close to the bonnet hinge on the driver side; on CF2 models the connection is via a multi-pin plug and socket danging in the harness above the engine.

For the 23D engine either the Facelift or CF2 engine wiring diagrams will do for determining cable specifications (colour, strand number and thickness) for each engine component; cable length for each component can be determined on the job.

If your CF has the bulkhead plugs then use the Facelift dash diagram to match up dash wiring to engine wiring if the colours in the engine wiring plug aren't obvious.
All times are UTC+01:00
Page 1 of 1
Powered by phpBB® Forum Software © phpBB Limited
https://www.phpbb.com/